VimConf is an international conference, perhaps the only one, pertaining to all things Vim. I was fortunate enough to be invited over by the VimConf Preparatory Committee to present a talk in Japan on 3rd of November this year. This post talks about my experience at the conference. 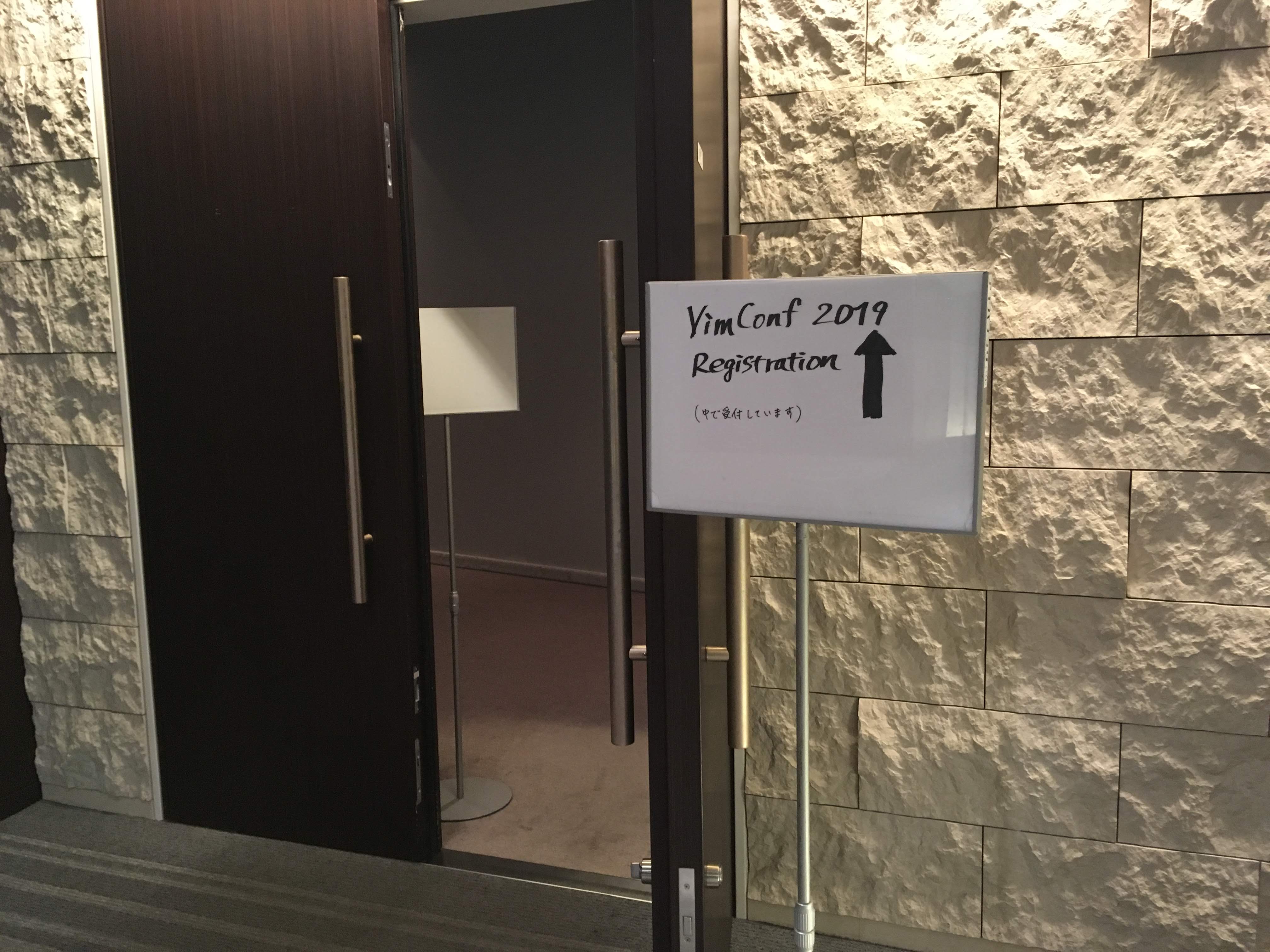 The theme for VimConf this year was essentially how can one be more productive with Vim. There were a lot of great talks this year:

First, mopp, MC for VimConf 2019, started with the opening giving out instructions about the conference, the layout, the history of the conference and a few words about the sponsors. Then there was a keynote session by Prabir Shreshtha, the author of vim-lsp. His talk, titled the Vim-Renaissance, talked about how he ended up developing the vim-lsp plugin and now, what’s the current situation with vim plugin development. There was a brief session by atWare, one of the sponsors for the conference. Justin Keyes, maintainer of Neovim was also the keynote speaker, he talked about how drastically differently Neovim does things in his talk titled We can have nice things. He pointed out problems with the heirarchy of Vim’s development “team” and how Neovim has solved it in the last few years. There were a lot of topics that he had to skip because of the lack of time but it was an interesting talk with a lot of references from Alan Kay.

After a long break for lunch, round of talks started again. In his talk titled Your Vim is Only for You, mopp talked about his vimrc, his various policies and configs he has acquired ever since he started using Vim, it was a great talk. Next, IK walked us through his rather hilarious journey from being oblivious to Vim to contributing and developing various plugins for the editor. His talk was titled Grown up from Vim User to Vim plugin developer side After this, there was an interesting talk about the tag stack in Vim by daisuzu titled Usage and manipulation of the tag stack, it started off with the basics of tags, like how to jump and go back to the previous tag in the list and so on. It then talked about the tag stack, the data structure, it’s elements and what each of them mean. This talk was rather technical and interesting.

After a short coffee break, m-nishi, talked about Vim’s tests and how he came about writing own on his own, this was something you don’t hear about pretty often, interesting. Post this, gorilla0513 talked about his Vim life in his talk, how he started using Vim at work the previous year and how, he is developing plugins and also fostering a community of it’s own and a lot more, great talk. Next up was my talk, it was titled Using Vim at Work. Keeping in mind this year’s theme, I decided to talk about how I started using Vim at work and what changes I made over time which helped me get through the obstacles in doing so. It had quite a lot of psychology behind it and how it related to someone using/learning something.

After another short break, it was the last round of talks. It started off with a really good talk by Hezby Muhammad titled Let’s Play with Vanilla Vim. Hezby talked about how he decided to use vanilla vim with a bare minimum of a vimrc and shared his pleasant experience with us all. Next, Tatsuhiro Ujihisa talked about 13 Plugins he uses every day. The talk was accompanied by a fun live-coding session. The final talk of the day was by Shougo wherein he talked about his journey of developing his dark plugins over the course of 10 years. He talked about his policies when developing a plugin among other stuff in his talk titled My dark plugins development history ~ over 10 years ~.

After this, we had lightning speakers who presented some really weird yet interesting talks which covered topics such as Customer support with Vim by note103, Can we use Slack on Vim by higashi136_2, Strong Static Typing with Vim script by aiya000 and Lose Weight with Vim and Go by micchiebear. And with this, all the talks were over and mopp did away with the closing. 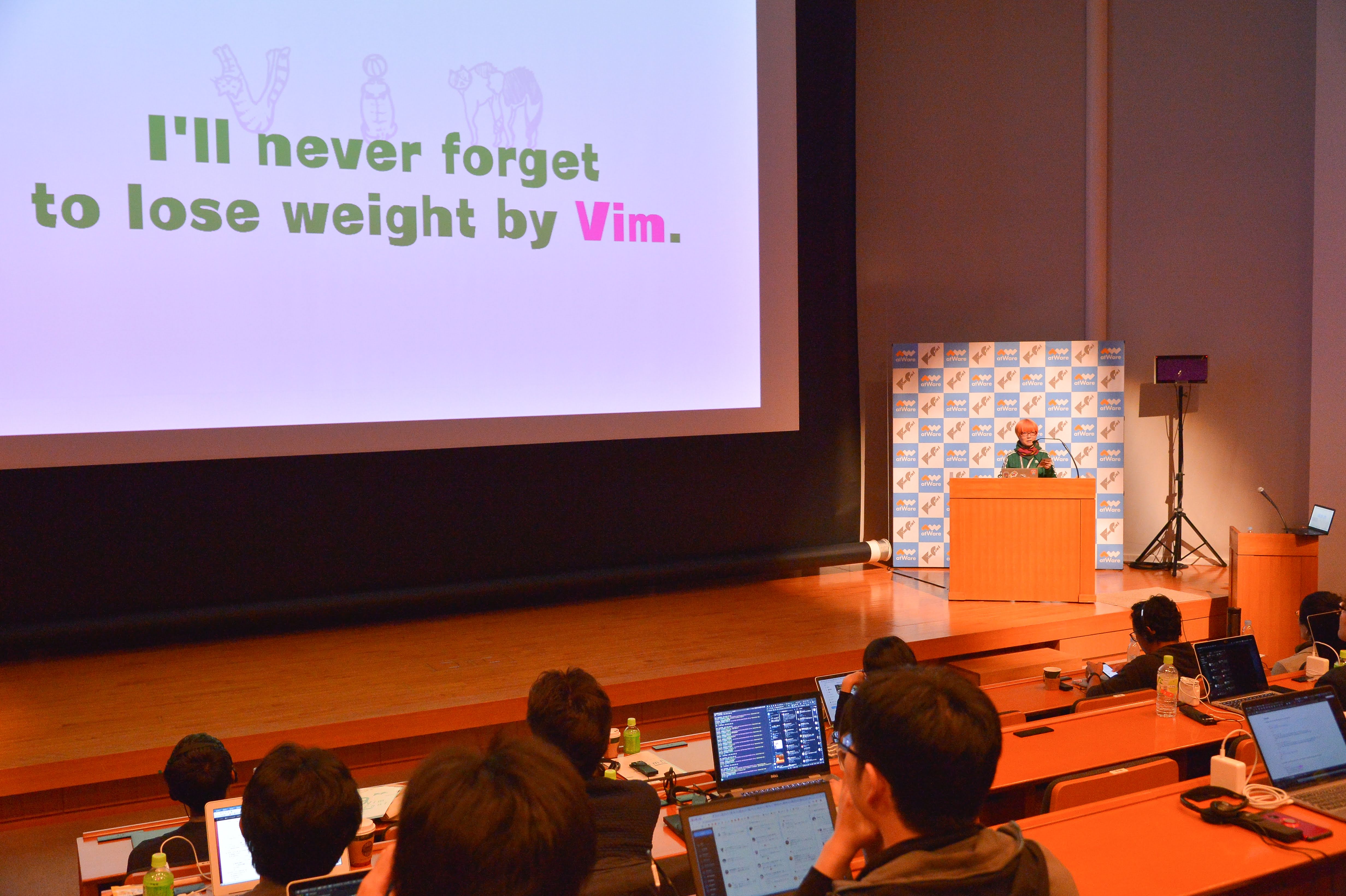 A word out to the interpreters who did a tremendous job interpreting English to Japanese and vice versa. It sure is a difficult job especially when you don’t know prior context to what is being spoken about, kudos.

As is tradition, if you will, there was an afterparty with all the attendees, speakers and organizers from the conference. It was really fun to get to know some really interesting people. It had some really good food and there were some lightning talks going on in one corner of the room. A perfect way to wrap up the conference.

It was my second talk to be precise and although I was nervous, it went pretty well. I had earlier decided to talk about Text Objects in Vim but then after some discussion from mopp, it made more sense to talk about something which aligned more with the theme of the conference. It’s really cool to meet such enthusiastic people working towards building such a community. I learned quite a lot of new things at the conference along with meeting new people, all in all it was a great experience. 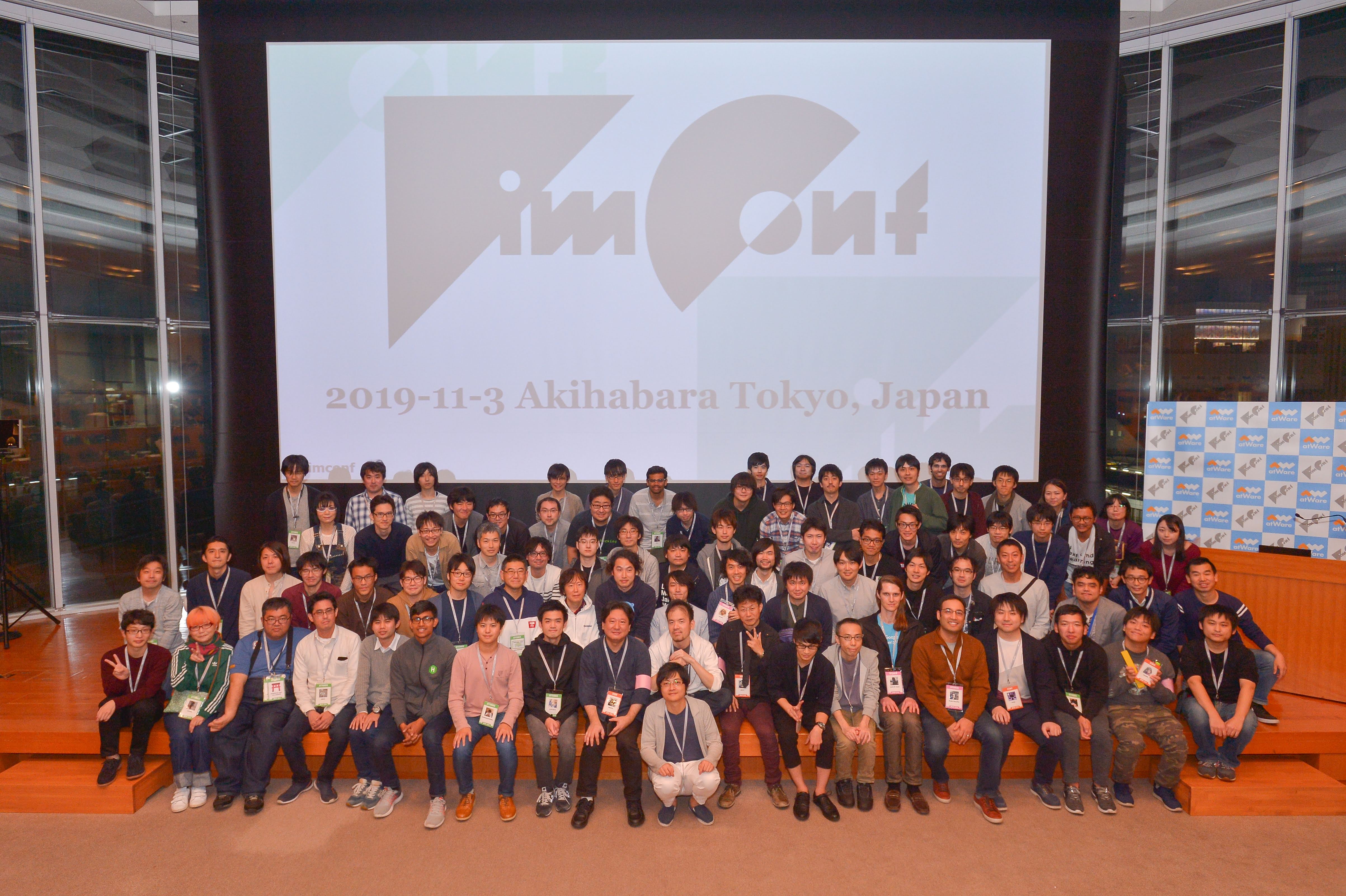 It’s worth mentioning the fact how VimConf Preparatory Committee went above and beyond to resolve every single issue that crept up with the logistics, they elegantly and promptly handled every single issue, thank you very much. Looking forward to VimConf 2020.